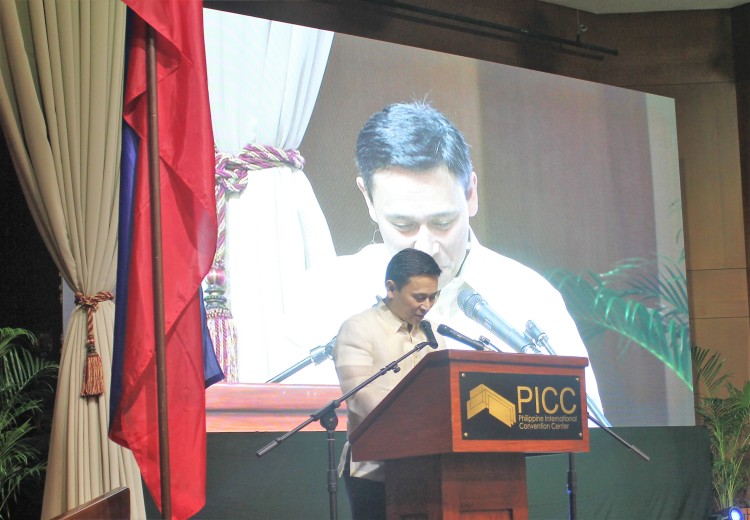 WHILE WE CONTINUE TEACHING STUDENTS GEOGRAPHY, HISTORY AND SOCIAL STUDIES USING MAPS THAT DIVIDE HUMANITY INTO COUNTRIES, THE WORLD TODAY SHOULD BE SEEN AS A COMPLEX WEB OF CONNECTIONS.  AND IN THAT WEB, CITIES—MEGACITIES, IN FACT—ARE BECOMING MORE IMPORTANT, MORE DECISIVE TO HOW THINGS MOVE, CHANGE AND EVOLVE IN THE WORLD.

Parag Khanna, a Senior Research fellow at the New America Foundation, wrote in 2011: “The 21st century will not be dominated by America or China, Brazil or India, but by the City.  In a world that increasingly appears ungovernable, cities—not states—are the islands of governance on which the future world order will be built.”

According to the World Bank, more than 80 percent of global GDP is generated in cities. In fact, one Citylab article calculated that if you add the GDP of the ten largest metropolitan cities in the world, it would be bigger than the entire GDP of Japan and Germany combined.

There are various reasons for such developments, but I think chief among them is the advent of connectivity through ICT and the Internet.

ADMITTEDLY HOWEVER, WE’RE STILL GOING THROUGH THE STEPS TO IMPROVE ICT CONNECTIVITY IN THE COUNTRY.

We remain in the lower tiers of global internet speed indices (97 out of 125 for mobile speed, 84 out of 135 for broadband per Ookla speed monitor) averaging only 14 to 17 megabits per second. The slow speed takes away potential revenue of small businesses and disrupts essential online government services. Consider how lagging networks waste a full working week (4-5.5 days) per year according to a 2013 study by storage company Sandisk.

Government expenditure must be towed to match private sector investment on ICT infrastructure, where we have a little over 16,000 cell sites funded exclusively by telco companies compared to Vietnam’s 70,000 and China’s million invested by both state and private firms. For a single cell site to be assembled, more than 20 permits are needed combined with an 8-month waiting time and all with the risk of being denied by homeowners’ associations.

THIS ISN’T TO SAY HOWEVER THAT THE “ICT REVOLUTION” IN THE PHILIPPINES HASN’T BEEN GAINING MOMENTUM OVER THE YEARS.

In fact, we’ve achieved strides, especially now that an entire department—the DICT—is focused on making that revolution happen all over the country.  We are now seeing the first, albeit slow and rocky, steps in the roll-out of the DICT’s Free Internet Wi-Fi program. But we’ve also registered gains in some of its projects like Rural Impacting Sourcing and Tech4Ed.

Likewise, we have witnessed the breakthrough 400% growth of average internet speeds in the country—the most in ASEAN in the last 5 years And soon, due to the efforts of Acting Secretary Rio, Jr and his team at the DICT, we could be welcoming a third telco player on or before December this year.

BUT WHILE EFFORTS ARE BEING DONE ON THE NATIONAL LEVEL, MUCH MORE IS DEFINITELY HAPPENING ON THE GROUND. LGUS—PARTICULARLY CITIES—ARE ALREADY LEVERAGING THE POWER OF ICT CONNECITIVITY FOR GOOD ENDS. IN FACT, THAT’S WHAT WE ARE CELEBRATING TODAY—CITIES WHO ARE MAKING BIG MOVES IN THE DIGITAL SPACE.

Today, 65 entries on e-Government systems emanating from 36 LGUs will vie for 17 awards on various categories—including Best in Systems for Global Competitiveness; Best in Digital Finance; Best in Data-Driven Governance; Best in Business Empowerment; and Best in Customer Empowerment.

All these simply prove that our cities have the capacity to make waves around the world, especially in the digital space.

THE FOREMOST QUESTION THEN WE NOW HAVE TO ANSWER IS—HOW DO WE EMPOWER CITIES TO BECOME DIGITAL CITIES?  HOW CAN WE BETTER HELP THEM WITH UNLEASHING THE POTENTIAL OF ICT?  THAT IS A MATTER OF LEGISLATION, AS MUCH AS IT IS A MATTER OF TECHNOLOGY TRANSFER.

The DICT-DILG have already moved on their MOA towards digitizing and automating the business permits and licensing procedures of our LGUs.

As Chair of the Local Government Committee, we’re working hard to pass reforms that will download more funds not just to our cities, but to all LGUs. We are also working on breaking down all the barriers they face to fiscal autonomy.

In fact, there are several measure on data transparency of LGUs, pending in our committee that would be better implemented if ICT connectivity were enhanced.  These include:

SBN 481 (Sen. Trillanes) – establishing a public finance website in every LGU, to act as a user-friendly source of information to track local revenues and expenditures; and,

Ultimately, there’s no better time than now for us to start getting strategic, to start finding where more synergies can be fostered in our individual efforts at making the Philippines a truly “Digital Nation.”

We may be leading now, but that could quickly change if we don’t boost our capacities and build up our ecosystems for incoming trends like Big Data, Cloud Computing, the Internet of Things, Machine Learning, and Artificial Intelligence. Let’s continue the dialogue on what sorts of policies we can roll out to prepare for these developments.

FOR MANY YEARS, MY FATHER SPOKE ABOUT THE POWER OF THE INTERNET AND ICT TO CHANGE OUR SOCIETY.  NOW WE ARE SEEING FIRST-HAND WHAT THAT POWER CAN DO IN TERMS OF JOB CREATION AND GOOD GOVERNANCE—BASICALLY IN MAKING LIVES BETTER.

Nobody has a monopoly over how this power can be used.  Hence, LGUs—not just cities, but also municipalities and provinces—should definitely dip their feet into using ICT to solve real-world problems.

And so, by recognizing our exemplars in eGovernment, hopefully, we get more to follow in their footsteps.  Congratulations to all!

ATTY. JOCELLE BATAPA-SIGUE • Named as one of The Outstanding Women in Nation’s Service of the Philippines or TOWNS for 2016 in the field of Information and Communications Technology or ICT • Positions: Past Vice President (2018) and Past President (2010-2012) and Past Trustee (2013-2017) of the National ICT Confederation of the Philippines or NICP • Founder, Former President and Current Executive Director of the Bacolod-Negros Occidental Federation for ICT or BNEFIT • Served for 3 terms as councilor of Bacolod City • Chosen as one of Asia Society Top Ten Philippines 21 Young Leaders in 2009 • Chosen as the Eisenhower Fellow of the Philippines in 2012 • Awarded as Philippine Individual Contributor of the Year during the International ICT Awards given by the Canadian Chamber of Commerce and Industry in the Philippines View more posts